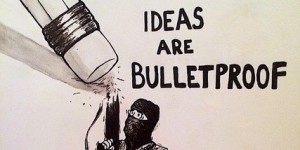 Anniversaries evoke joy or sorrow. This year, misfortune triumphs. Since the massacre, France and Europe have been plagued by continued violence and terrorism fostered by Islamic creed. Not only has Charlie paid dearly for its right to uninhibited free speech, but so has France. Seemingly, the movement for which the brutally calculating terrorists killed these talented artists is gaining strength.

If Charlie Hebdo and democratic societies

the democratic right to protest

will be erased by other people’s faith.

As an American who values free speech, democracy, and constitutional liberties, I wondered if the Bible could shed any enlightenment. Pope Francis responded to the debate over free speech stating that there are limits to expression of speech.

“One cannot provoke, one cannot insult other people’s faith, one cannot make fun of faith,” he said. “There is a limit. Every religion has its dignity . . .in freedom of expression, there are limits.” Breaking it down in everyday terms, Francis reiterated, “If [a close friend] says a swear word against my mother, he’s going to get a punch in the nose.” (Pope Francis, January 15, 2015)

The prophet Isaiah was the Charlie Hebdo of his day. Around 700 BCE, Babylon was a growing geo-political power. Similar to the disparity in values between Western democracies and the policies endorsed by Sharia, ancient Israel faced a religious and political system alien to its own constitutional values. In one propaganda piece, the prophet mocks Babylon and her religious beliefs. Isaiah 13-14 prophecies of a taunt that a righteous people will use to mock a dead and deified king of Babylon. A king that held particular significance for Babylon’s people and a leader who the Babylonian’s believed had ascended into heaven (Isa 14:13). The taunt uses both sarcasm and satire to point out that the Babylonian Savior did not ascend into heaven, but did in fact die like all other men (14:11).  Isaiah continues to prophecy how the nations, who are at peace (14:7) will tire of the Babylonian rhetoric and will finally put an end to it (14:21-22).

Isaiah’s use of parody is quite effective.  And, we could be tempted to conclude that there exist no limits to the topics satire can relate.  What happens when any criticism, even valid criticism, is deemed offensive and insulting to a particular faith? If Charlie Hebdo and democratic societies temper their literary protest, the democratic right to protest will be erased by other people’s faith.

This brings us back to the biblical view of freedom of speech and what, if any limits should be placed on it.

but prophesied . . . that  world would tire

of recycled theology being used as a decoy

for the real theology behind which the deity’s political agenda hid.

The Constitution laid down at Mt. Sinai instituted two very specific injunctions on free speech. The first injunction prohibited citizens from speaking against the Constitution’s validity for their nation or for their generation.

“Cursed be he that confirms not all the words of this law to do them.” (Deut 27:26, American KJV)

This injunction prohibited Israel’s society from speaking against the legitimacy of Israel’s constitution. (It did not – as is often mistranslated – mean that everyone had obey every law, rather they had to support it socially and politically.) This mandate did not prohibit valid debate regarding how the Constitution should be applied or its intent. It did prohibit citizens from expunging constitutional liberties or arguing that the Constitution was no longer relevant or appropriate for their progressive generation. Modernly, enacting a constitutional amendment that prohibits U.S. citizens from discrediting the legitimacy of the U.S. Constitution would be a similar equivalent. The principle underlying this injunction is the preservation of liberty: undermining the constitution eliminates the government’s accountability to a standard of human rights, leads to tyranny, and ultimately, to national suicide.

The second injunction on free speech sought to protect both the unity of the people and prevent conflicts with other peoples, nations, and cultures.

Curses prophesied of a negative future for a person, society, or even other gods. This injunction on free speech prohibited curses against the gods of other nations, similar to  Pope Francis’s admonition.  The extension of this prohibition on speech was that God’s name (Yahweh, often translated the LORD) should not be used in vain (Exod 20:7; Deut 5:11).  The second part of this the injunction on free speech constrained citizens from bitterly cursing their ruler. Curses that affected the ruler would trickle down and adversely affect the people while injecting society with a spirit of division and polarization. This injunction in no way prohibited criticism of the nation’s leader(s), but cursing his future was not an option. If the ruler had violated the Constitution (or its principles), he should be held accountable by the other branches of government that existed to balance his power and authority. If those branches grew corrupt, the power to reestablish constitutional governance always rested with the people (which is witnessed in the many times Judah revolted against the Monarchy to establish another eligible heir in his father’s stead).

The Moasic Code did not discourage the free expression of speech, but it did seek to protect its citizens from being “hit in the nose” as the Pope termed it. Isaiah was careful in the way he crafted his taunt of Babylon’s erroneous deity. Isaiah did not directly mock Babylon’s god, but prophesied of a day when a  world would tire of recycled theology being used as a decoy for the real theology behind which the deity’s political agenda hid.

The Mosaic Constitution established sound principles. Principles that can provide healing in France and throughout the world. Mosaic principles secured the rights of people to speak their minds while restraining citizens from making themselves odious to other nations, which did not embrace their constitutional or value-based ideals. These stipulations by no means limited criticism or the freedom to point out the absurdity of another’s beliefs, but it did encourage honest dialog that always kept the nation’s constitutional principles close to its heart and respected everyone’s mothers (whether righteous or not). 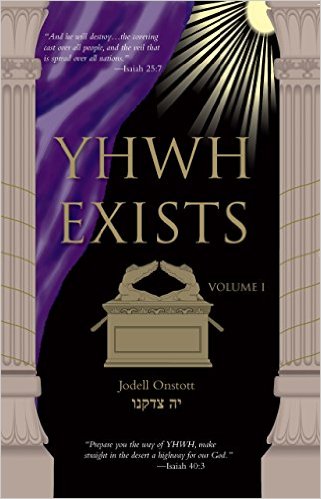